The dry garden looking drab and scraggy now: the peak lushness of early summer has faded and flowers have dried to a sad brown. Time to take the secateurs to the shrubs - but no need to go mad. In their native habitat, these dry garden plants usually get nibbled by goats which keeps them in shape. So that is the key: pretend you are a goat and you won’t go far wrong.

To get us in the mood, here is Cat Stevens singing his song ‘The First Cut is the Deepest 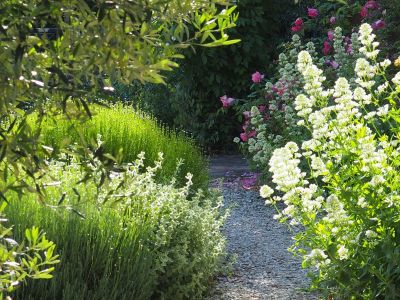 Teucriums can be trimmed to make neat shrubs. The very tall Teucrium fruticans may be too tough for the little electric clipper and require normal secateurs. 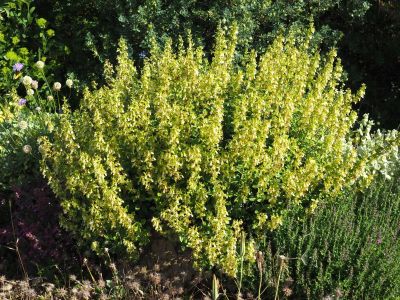 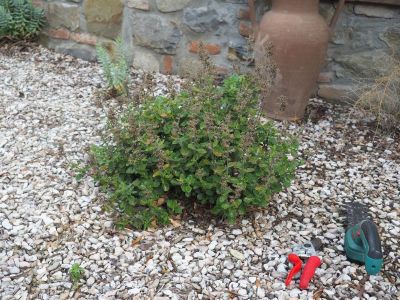 Teucrium flavum in October before trimming 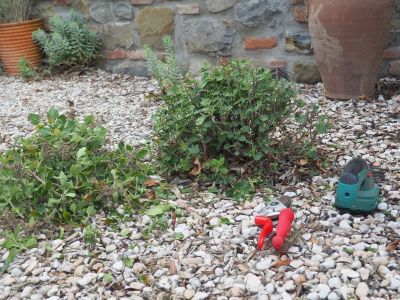 Teucrium flavum in October after trimming

The same technique can be used for Santolina - all the different varieties – and this stops them getting too woody and collapsing. Cut out any dead wood before trimming to shape. 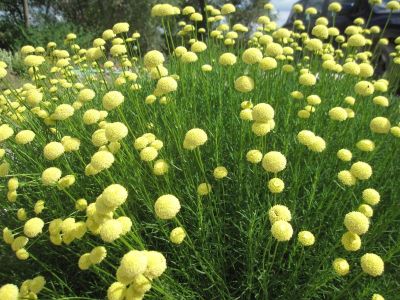 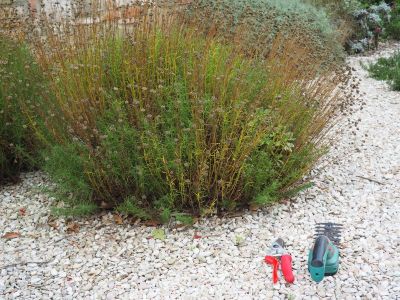 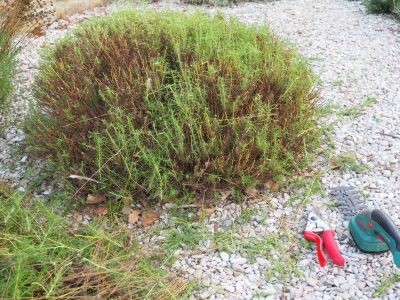 I often read advice that Lavender should be clipped twice: once in summer to harvest the flowers then again in early spring. But I really don’t have the time – or the patience – for this and go for a single trim in autumn. In the UK it is probably best to leave it until spring because the plant needs its leaves to sustain it through the cold wet winter, but here in Umbria we can get away with an autumnal trim. The trick is not to cut into old wood - I find that if the little electric hedge trimmer is cutting easily then it is not going too far. 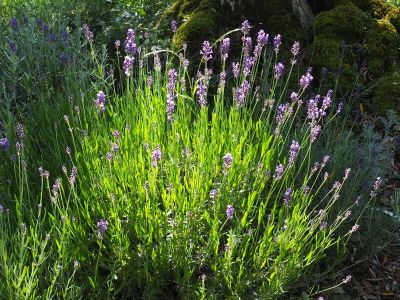 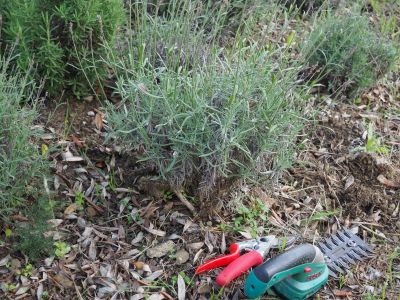 Lavandula angustifolia in October before clipping 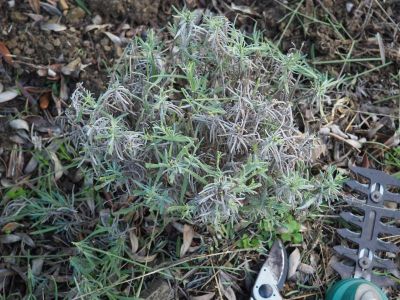 Lavandula angustifolia in October after clipping

This is a good method also for Ballota, Helichrysum and Salvia. Best to leave Rosemary, Caryopteris, Perovskia, Artemisia, Viburnum and ornamental grasses until spring.

Do NOT trim Scabious - even if you think they are getting too big - as the plant will resent it and perhaps even die; better to remove the old plant entirely and grow on the seedlings that you will no doubt discover underneath.