Why do we prune rose and other shrubs or trees? What happens if we just let them alone to do as they like?

In our area I see countless trees and shrubs tortured by horrific ‘pruning’. How can this be in any way necessary or desirable? It certainly is not visually appealing. 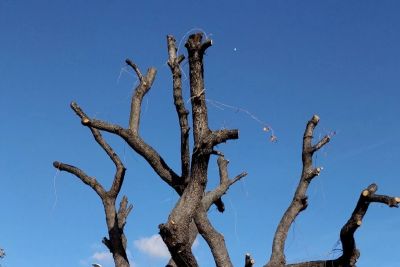 The term is ‘capitozzare’ or pollarding, and I often see it being done far too late in the season (sometimes when the tree has blossom) and with no consideration to the form of the branches and subsequent mutilated growth. Horrible.
The idea of allowing more light into the centre of the tree or shrub is reasonable, and the aim for stimulating more fruit and flowers is understandable, but at the cost of a distorted form. However the objective more often than not is to keep the plant from growing too tall. So why not just plant something suited to the space instead?

I have been trying this year to see if there was any ill effect of just leaving my tea roses. I must stress that these are the ‘classic’ roses that flower on ‘old wood’, not hybrid tea or floribundas which need new growth for flowering.

What if we just Let It Be …

In March I pruned out all the dead wood from the roses and re-tied them to their supports, helped by my brilliant new gardener. No live wood was touched at all. 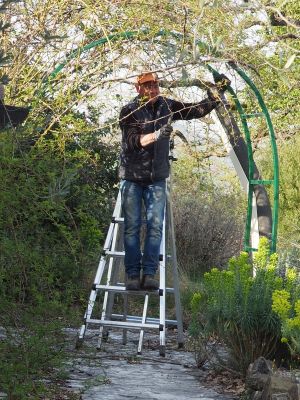 New shoots were springing from old wood despite the un-promising appearance. A modern hybrid tea or floribunda would cut away any old wood of this kind but a classic rose can surprise us with fresh growth: it just needs to be given a chance. 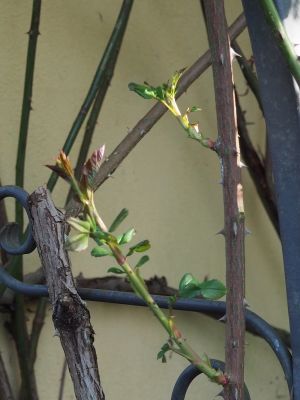 Here is the Banksiae lutea which has engulfed an outbuilding in April and is still blooming now. If I do decide to prune it (and in this case the structural stability of the building is at risk) then I will probably remove a few stems near ground level but leave the rest more or less untouched. 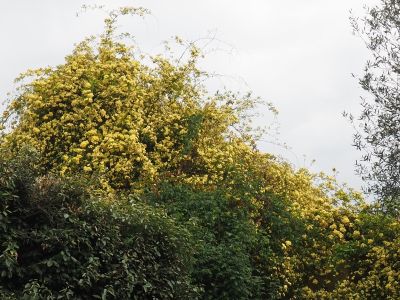 Next up is the ‘Desprez à fleurs jaunes’ noisette rose which in previous years I have hacked away at and the plant has sulked - in fact it became rather distorted. Leaving well alone this year and now it is quite exuberant and lovely. This rose was first introduced in 1830 and is hard to beat for form, colour and perfume. And of course vigour. It will even re-flower a little in autumn. 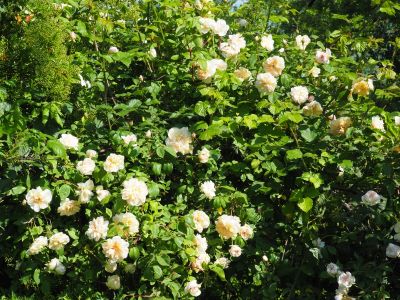 The china rose ‘Old Blush Climbing’ has taken off like a rocket and now completely covers the Holm Oak tree by the gate. It is so tall that it is hard to take a proper photo. It often blooms in winter. One of the oldest chinas, it was introduced to Europe in around 1793. 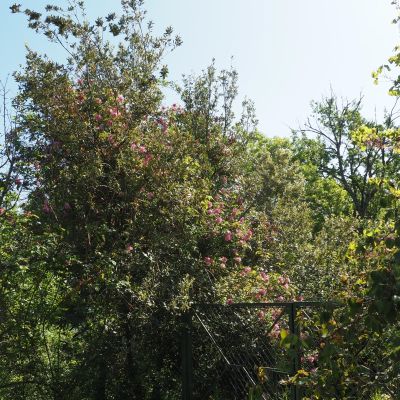 Not far behind is the fabulous ‘Madame Alfred Carrière’, a noisette dating from 1875. 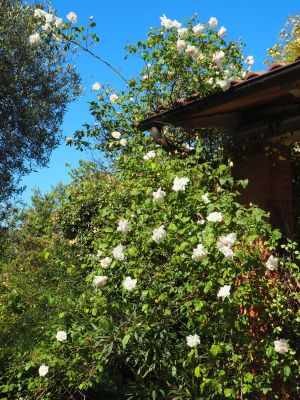 There are lots more besides. But there has been a tragedy that I cannot even talk about: the fate of the Banksiae lutescens. 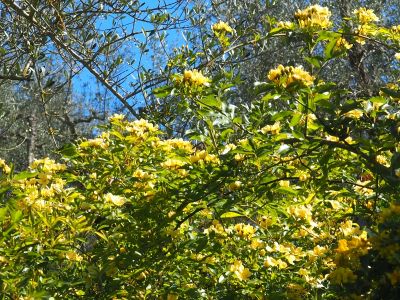 The olive pruners – people who I had not employed before and will not be coming back – ripped out all the garden shrubs around the trees. 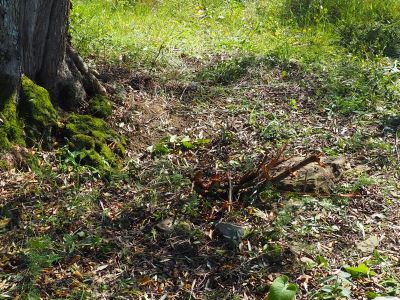 How could anyone do such a thing? Why couldn’t they just have let it be? 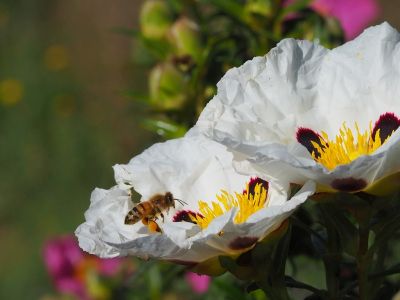 Post script: Hope springs eternal. I think that I have spotted some new shoots of the rose emerging from the rootstock.